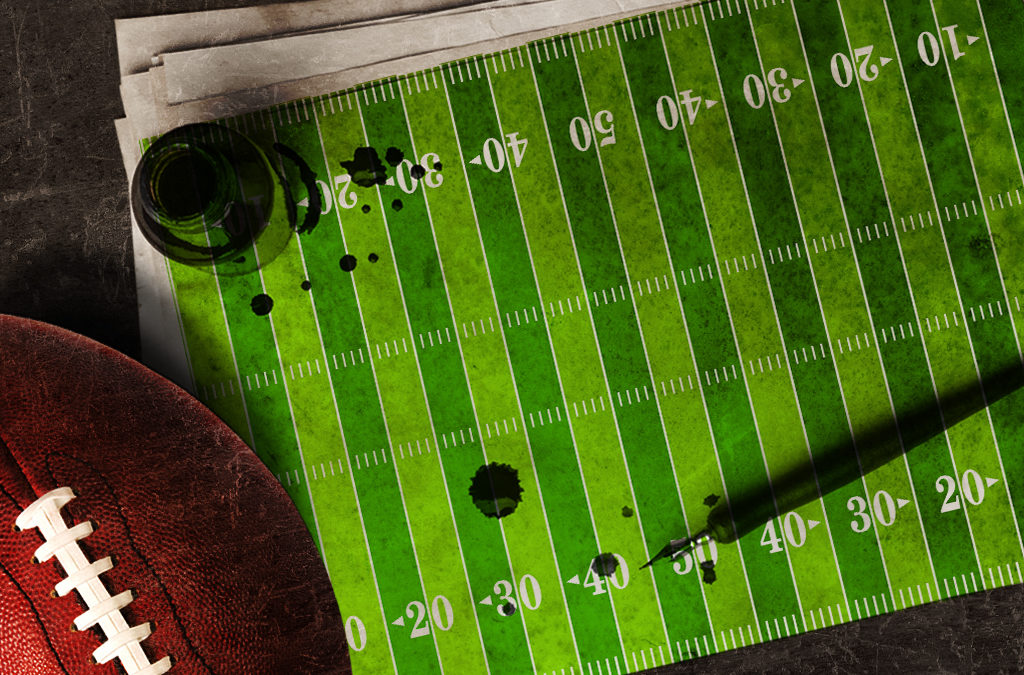 For those of us in the advertising game, last night’s spat between the Eagles and Those Other Guys was a good chance to restock on chips & dip. It gave us a few precious moments to resupply before rushing back to the sofa and settling in for the real battle: the BIG game, where brands played ball, every second cost millions (seriously), and cinematic advertising turned out to be the real MVP.

Alright, enough pregame. Let’s get to the good stuff.

Here are some of the biggest, baddest brand-plays from this year’s real ‘big game.’

JACK GETS OUT OF THE BOX AND FIGHTS MARTHA STEWART.

The Roman Coliseum was a place where people paid good money for bloodsport.

They came for the battle, the bloodshed, the gory story of glory. They bought the ticket for the ride, the conflict, the thrill of seeing 2 foes bludgeon each other (even if those foes are irrelevant characters from the 90s).

Whether or not we’re invested in either brand, we should ask ourselves:

Are we not entertained?

A few days ago, a trailer for Dundee, the movie that appears to be a movie, started trending on social media. Millions ‘liked’ it. Thousands shared it. More than a few logged into Fandango, trying to buy tickets for it.

Of course, Dundee isn’t real. But hey, Australia is!

Dundee is a trick, cooked-up by the magicians at Tourism Australia. The magic is presented by a few of Hollywood’s hottest – Chris Hemsworth, Margot Robbie and Danny McBride, among others. They’re beautiful assistants, the kind that every magic show needs. They serve as the distraction, a pretty presentation for the slight-of-hand that follows.

The real genius of Dundee is that it made the audience complicit. We all helped spread the misinformation – the ‘fake ads,’ if you will – prior to the show. Without our help, the joke would have fallen flat. If no one believed the Dundee trailer, it wouldn’t have been so ‘real.’

Dundee is the perfect parlor-trick for 2018, an ad that casts the viewer as both magician and audience, faker and fool, revealing the hidden rabbit before our own astonished eyes.

The new Jeep ad begins with a nightmare.

It’s Jeff Goldblum, sitting in the backseat, helpless as 20 tons of tiny arms and teeth chase him through the prehistoric jungle. Then, as the camera looks ‘back’ in the rear-view mirror, we cut forward to the future. It’s a front-seat fantasy. Jeff’s alone in the driver’s seat of his new, supped-up Jeep, looking confident and wearing a stylin’ leather jacket. Times have changed. Now, for some reason, Jeff is chasing the T-Rex.

In many ways, Jeff Goldblum is the Millennial generation’s dad. His career peaked around the time many of them (or us, depending on your birthdate) were born. Now, he’s living his middle-aged life, buying beautiful cars and rocking dark-rimmed glasses.

‘Jurassic Jeep’ is for Jeff and all those like him. It’s for the dads, serving as a nostalgic reminder:

The adventure’s still out there. It’s yours. To get there, all you need is a Jeep (and a quick nap).

A SONG OF DINKLAGE AND FREEMAN.

“Blaze vs. Ice” is founded on two solid mathematical principles:

First, that Peter Dinklage and Morgan Freeman are both awesome. And second, that putting two awesome things together (like, say, chips & soda) leads to a chemical reaction known as “an explosion of awesome-ness.”

The Game of Thrones-inspired ad captures the essence of brand-storytelling. It takes 3 separate brands – GOT, Doritos and Mountain Dew – and weaves them together into a narrative rap-battle. Notice, in that last sentence, there was no mention of “brand differentiators,” “selling points,” or even “advertising.”

That’s because we’re not just advertising. We’re not just selling chips & soda. We’re telling stories, crafting conflicts between characters we care about. We’re marrying Hollywood and Advertising into the ultimate power-couple, a fiery tour de force that can steal the show from anyone and everyone (even you, Mr. Foles).

Now, I wonder what Morgan Freeman thinks of the whole Jon & Daenerys situation…