Postcards From The Front: D.C. gets E.P.I.C. 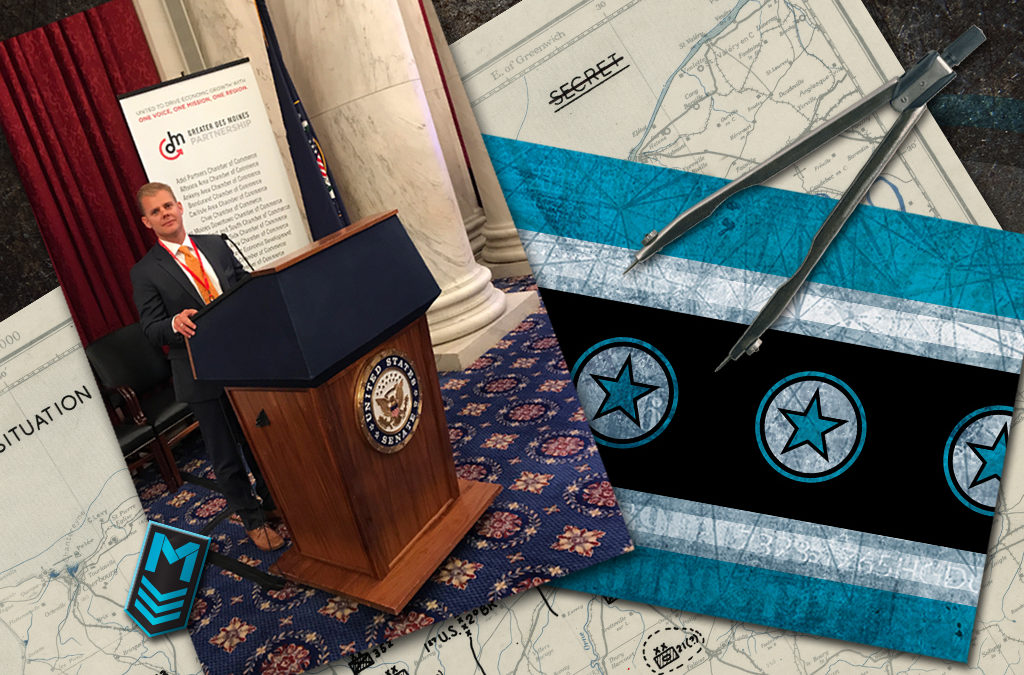 E.P.I.C. (The East Polk Innovation Collaborative) is a coalition of community leaders on the rapidly growing east side of Des Moines. Their mission? The future: A truly E.P.I.C. Tomorrow where the nation’s industry giants are invited to build their empires of technology and manufacturing on the open land of East Polk.

Today, this mission took MACLYN far from the Midwest — straight to the frontlines of politics at the heart of the nation’s capital.

BOOTS ON THE GROUND

In the digital age, face-to-face interactions have become a rare but powerful force in the battle for Brand. Social media may be the undisputed battlefield; but when you make tactical maneuvers for your clients off-screen, you’ll have the sort of impact that can’t happen on a smartphone.

Today, MACLYN’S Agency President Bill Murphy took to the podiums of Capitol Hill, where he spoke on behalf of East Polk, greater Des Moines and the entire State of Iowa.

ALLIES ON THE HILL

We joined forces with a delegation of community & business leaders from the greater Des Moines region — nearly 200-strong. Together, we met with Congressional members, attended workshops and made an impression on key policymakers.

THE STATE OF TOMORROW

Our missions vary, but our allies share an E.P.I.C. vision: a future where Iowa is a metropolis of technology and commerce.

By joining forces and meeting face-to-face with the nation’s leaders, we used what’s now considered nontraditional brand-building — to build not only a brand, but the future.