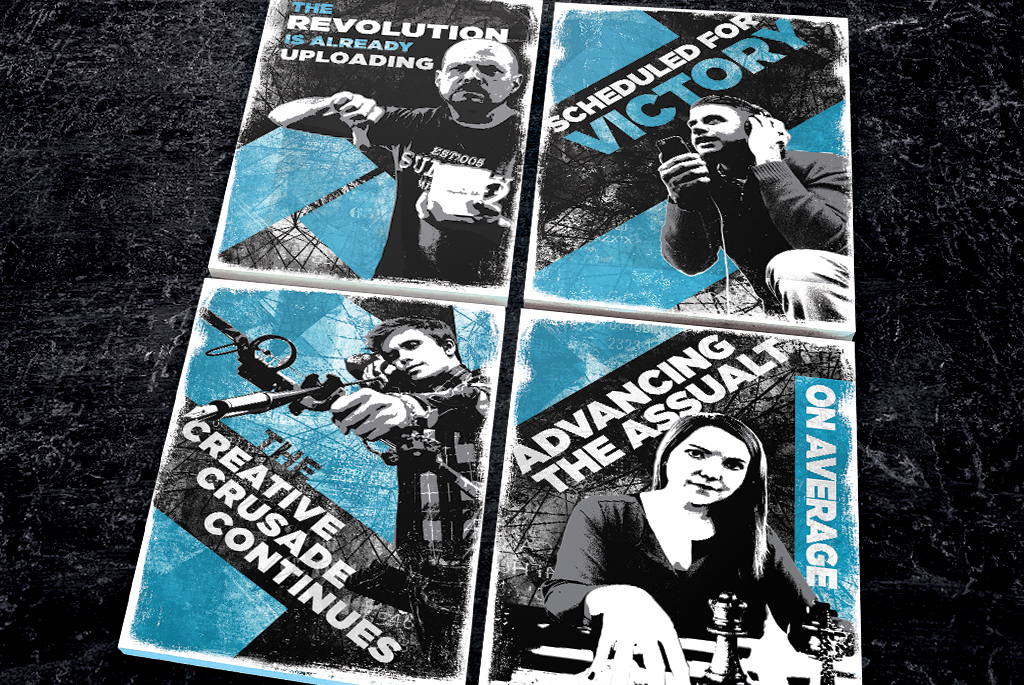 In this noble war against Average, heroes make themselves known. For their years of valor and service, for their recent months of distinguished bravery and unmitigated grit in the face of a glorious campaign, 4 of our finest warriors have been decorated and promoted.

“MACLYN wouldn’t be where it is today without Courtney’s acumen and analysis,” praises President Bill Murphy. “In her 6 years with us, she has been absolutely critical to our operations.”

“Courtney is a paragon of strategy for every assault,” reports Vice President and Creative Director Jay Paonessa. “She designs tactics for success, and deploys them to a devastating effect on Average.”

With a lightning mind and peerless organization, Courtney has proven indispensable to The Noble War. With new stratagems at hand and minds to mobilize, Average has already met its end.

“Mr. McMaster is one of the best account men in the business,” praises MACLYN President Bill Murphy. “Oftentimes Kevin caters to a client’s needs before they’ve even thought of them.”

Kevin flawlessly coordinates content and fosters relationships with brands like Dunkin’ Donuts and Program Productions, the leading provider of broadcast labor management services. He has earned not only their trust and respect, but an advanced position in MACLYN’s united front.

Creative Director and Vice President Jay Paonessa proudly states,“Kevin is the ever-present comrade in arms in our campaign against Common.”

And with Kevin coordinating our attacks, we will march on to victory.

Brent Seehafer has been upgraded to Senior Web Developer.

“At MACLYN, we pride ourselves on our web capabilities. And that’s all because of Brent,” states MACLYN President Bill Murphy.“He keeps his finger on the pulse of the cutting edge techniques that set us ahead of the game.”

Creative Director and agency Vice President Jay Paonessa proclaims, “Digital is the new battlefield, and Brent is our spearhead on this boldest of battlefronts.”

Ever since Brent arrived on the frontlines of MACLYN two years ago, he has revolutionized the way we approach the web, not only guiding their aesthetic, but also ensuring their accessibility.

And now, he’s looking to launch us even further into the future. Bombs away, Banality.

And with a sound and fury like never before, Troy Kelleher continues the creative crusade as a newly-christened Senior Copywriter.

“Troy truly has one of the most creative minds I’ve ever met,” lauds Creative Director and mentor Jay Paonessa.“More than that, he’s a relentless force of imagination: he’s constantly striving to meet that rare beauty – her name, Perfection.”

When he’s not raising company morale with one-of-a-kind humor, he’s raising our profile with thrilling content. A dedicated and driven employee, Troy was crucial to the development and continued success of many of MACLYN’s brands. We can’t wait to see what he’ll unleash next.

With new recruits joining the fray and a united front amassed, MACLYN is mightier than ever. Surrender now, Average. You don’t stand a chance.