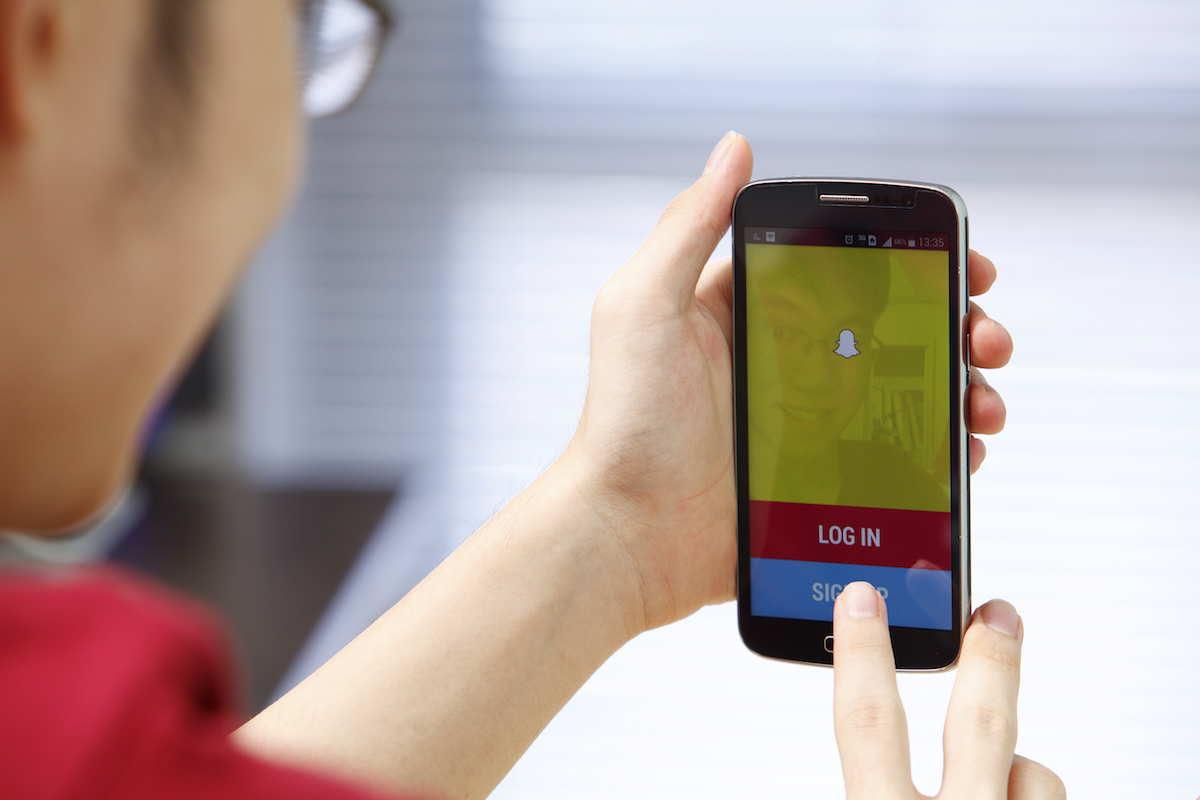 Since it’s launch in 2011, Snapchat has quickly grown into one of the most popular social media applications in the world with 200 million users. Despite it’s popularity, many skeptics exist, and then of course there are those whom ultimately – just don’t get it.

Snapchat is a direct messaging, mobile chat that allows users to connect and communicate with friends. Users “snap” a photo (or video) and send it to friends, who then have 10-seconds to view the message once it’s opened, before it disappears forever. We know what you’re thinking…. Still don’t see the appeal?   On its surface, the platform seems really under-whelming. Can’t you just text? There are many reasons why Snapchat appeals to young audiences. Among them are: Sounds fun, right? But we know you are wondering – does the message really disappear in 10-seconds? Yes, it does. Except when it doesn’t. To clarify, the message will disappear, but we all know how easy it is to take a screenshot on your phone. Snapchat solved that one too – anytime a recipient takes a screenshot of a snap – it notifies the sender. Pretty cool or pretty creepy? Now that you are fully versed in Snapchat, you may be wondering – how does this apply to brands?

Brands looking to target younger audiences have a great opportunity with Snapchat. Of the 200 million users 71% are below the age of 34, and 45% are 18-24 years old. It also allows something that other platforms may not – directly communicating with your audience. We all know that on Facebook a business page can’t write on the wall of one of their followers. On Snapchat, brands can send messages directly to their followers. The brands that are already taking advantage of this, are doing it in a variety of ways. Some use Snapchat to launch their latest campaigns. Others use it for contests, coupons, or giveaways.

Dunkin’ Donuts is using snapchat to promote heart-shaped donuts for Valentine’s Day. They’re doing this by utilizing a geofilter, in addition to engaging users through basic snaps. Geofilters are a fun way to share where you are through filter overlays. They are specific to neighborhoods and locations. To use Dunkin Donuts’ filters, you have to be at or near one of their 8,000+ locations. To access geofilters, you simply swipe right on your snap preview screen to check out which filters are around you now (be sure to have your location services on, and geofilters enabled). In addition to geofilters, Dunkin’ Donuts is sending Snapchats out to users to keep Dunkin’ Donuts in mind for Valentine’s Day. Dunkin’ encouraged users to show how excited they are by taking a screenshot of Dunkin’s snap and replying (see below).

When you think of General Electric you think electricity, home improvement and lighting–you wouldn’t expect to find them on Snapchat. Yet GE wanted to target an audience that represents the next generation of customers, investors and employees. The aim of their campaign was to raise awareness of General Electric’s involvement in the transportation and aviation industry. GE utilized geofilters to specifically target US airports and train stations during the 2015 holiday season. Users within 50 major airports and 25 train stations in the US had the opportunity to use one of their many geofilter options including airplane boarding passes, train tickets, and more. They also had an interactive component where users can write in their destination.

What This Means for Marketers

Snapchat isn’t necessarily the right fit for all brands. However, those looking to reach younger audiences have a great opportunity with the platform, because they’re able to communicate on a more personal level. For brands that do use Snapchat remember the reasons that it appeals to users. Keep it more conversational than promotional.